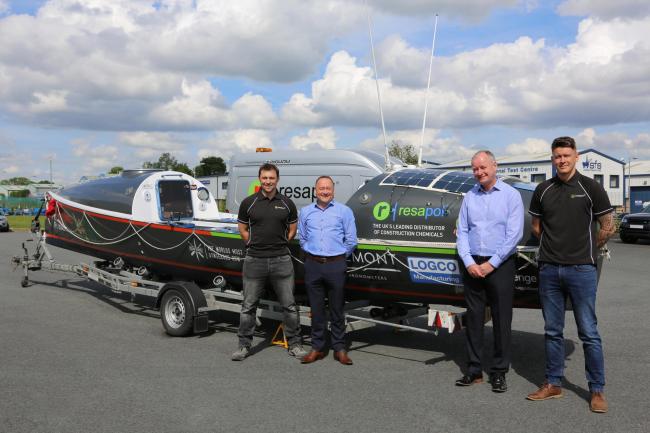 Plastic in our Oceans is an astronomical problem that is hugely affecting the ecological systems that are vital to marine and human life. According to “Science Journal”, 12.7 million tonnes of plastic enter our oceans every year, causing havoc with our oceans food systems and marine life, and the problem is only getting worse.

Resapol & LOGCO recently became the main sponsors of Ocean Revival 2020, an epic row across the North Atlantic totalling 3,700 miles, all the way from The Brooklyn Bridge in New York City to the Tower Bridge in London.

This is a feat that only 57 people in history have achieved, the crossing has been attempted a total of 72 times, with 29 successes, over 43 failures and which has sadly taken 6 ocean rowers lives. None have rowed from New York To London â€“ Ocean Revival 2020 aims to be the first.

The team will have a relentless rowing routine of two hours rowing and two hours resting for up to 60 days. Whilst battling the ferocious weather systems of the North Atlantic; huge freezing swells over the Mid Atlantic Ridge; sleep deprivation; sea sickness and the constant war against being wet, cold and hungry for its entirety; the team have one aim â€“ to raise as much awareness for the Plastic in our Oceans and the Royal Marines Family as possible.

You can learn more about the effects of plastic within our oceans, and of the incredible feat the team plans to accomplish, by visiting the Ocean Revival 2020 website: www.oceanrevival2020.com